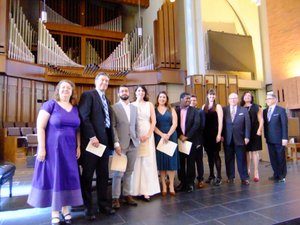 Opera Guild of Dayton held  the 29th annual Tri-State College Vocal Competition April 2, 2017, at 1:30 p.m. It was an extraordinary array of six very talented young singers who performed. Over 30 entrants vied for the honor of winning the Competition and the Preliminary Judges were challenged to narrow the field to these six entrants.

Preliminary judges for this year’s Competition were Dr. Minnita Daniel-Cox from the University of Dayton and Dr. Nolan Long from Sinclair Community College. Judges for the finals on April 2 were: Tom Bankston, general and artistic director of Dayton Opera; Kara Shay Thomson, renowned American soprano; and Jeffrey Powell, Dayton Opera conductor and chorus master. Melody Wallace will serve as pianist for the competitors. The Guild is extremely pleased that many past competitors have gone on to fulfill very successful operatic careers. 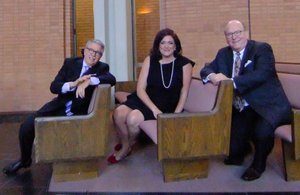 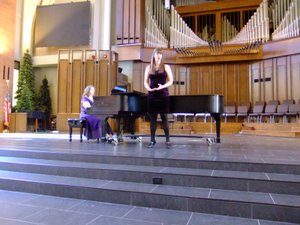 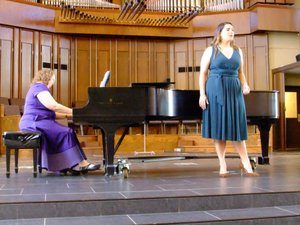 Click on De’Ron’s, Maria’s or Caitlin’s photos above to hear snippets of their arias.

Tammy Schaff served as chair of this year’s Competition. Jamie Cordes acted as Master of Ceremonies. Both of them were previous winners of the Guild’s High School Vocal Competition.

Back
© 2022 Opera Guild of Dayton | Website Design by Websource LLC