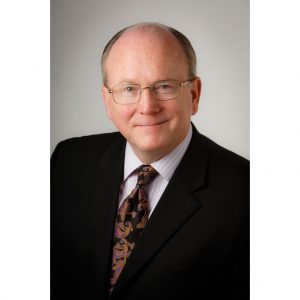 Dayton Opera Artistic Director Tom Bankston sent a personal note to the Opera Guild as he announced the plan for his retirement at the end of the 2020-21 season.  To read the full Press Release regarding Tom’s plans, please click here. 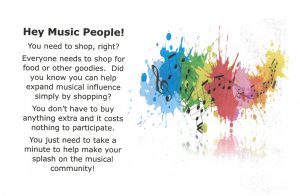 Opera Guild has been approved for participation in Kroger Community Rewards. We also participate with the Dorothy Lane Market rewards and Amazon Smile. The instructions for signing up now are available by clicking here. It only takes a minute of your time if you are already a Kroger Plus Member and helps the Guild earn dollars for its many programs. And the Guild thanks you very much for your support.

The Metropolitan Opera has announced its Live in HD productions for the 2019-2020 season. Local patrons can attend at Dayton South 16 (195 Mall Woods Drive) or at Hollywood Stadium 20 @ Fairfield Commons with IMAX (2651 Fairfield Commons Drive). The season opens with Turnandot on October 12 at 12:55 p.m. Click here to reach the MET website with the full schedule.

It is with great sadness that the Guild learned of the death of long time member Lorrie Quinlivan at the end of December. She served as president in 1972-4 and 1993-5. She was editor of Opera Notes for many years and was trained professionally as a writer.  She acted as editor of the publications for the Guild’s 25th and 50th anniversaries and of Dayton Opera’s 25th and 50th anniversaries.  She chaired many committees, served on many others and played a role in numerous of Guild activities including the BRAVO! Fashion Show, budgeting, marketing/communications and much more. The Guild extends sincere condolences to Lorrie’s family and friends. 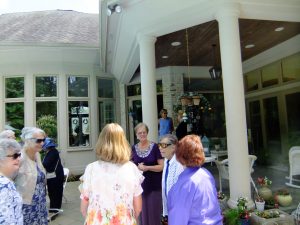 Val Beerbower of Downtown Dayton Partnership is editor and taking charge of this informative publication. The latest edition of our award-winning Opera Notes was mailed to members and friends. Click here to see the Summer 2019 edition.

54th ANNUAL MEETING OF
THE OPERA GUILD OF DAYTON

The Annual Meeting and Brunch was held on Wednesday, June 12, at Dayton Country Club. After a social hour and gathering time, a wonderful brunch of salad, quiche, asparagus and a fudge nut ball were served. President Nancy Farkas called the official meeting to order at noon. The slate of officers and Board for the upcoming year was presented by Penny Wolff and was approved unanimously by the attendees. 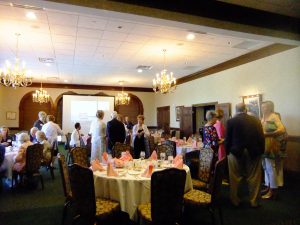 The Guild’s Friend of the Year, Yolanda Newsome of Sinclair Community College, was announced. She has worked with the BRAVO! committee for years to plan the Guild’s annual Champagne Brunch and Fashion Show. 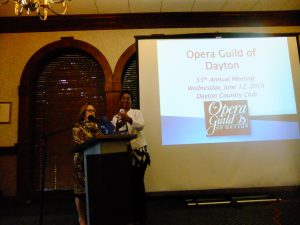 The Guild awarded two recipients for the BRAVO! Award. Judy Hudson and Linda Rountree announced that Children’s Traveling Opera volunteers Cindy Hoffsis and Pat Ferguson would be honored for their years of dedication to this outstanding educational program. 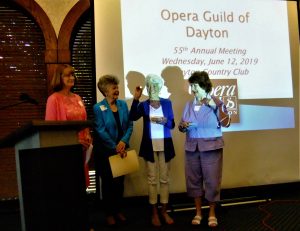 The meeting continued with Tom Bankston summarizing the outstanding year of Dayton Opera productions and expressed appreciation for all of the continuing Guild support. Dolores Anderson gave the Treasurer’s Report and noted that for the years 2000-2019, the Guild has contributed $2,189,397 to Dayton Opera. Dolores continued her presentation with a PowerPoint of the year in review. It was a year of extraordinary accomplishments.

The Guild Boutique is more exciting than ever this season with the addition of some wonderful new items and the return of our popular one-size popcorn tops, shawls, evening bags and fun fashion jewelry. Visit us in the Schuster Center lobby along Second Street beginning with opening night, one hour before opera performances and during intermissions.

We offer an assortment of opera glasses with the more poplar styles from last year, plus a few new ones. We also carry CDs and DVDs of the season’s operas that have been recommended by Dayton Opera’s Tom Bankston, as well as other opera CDs endorsed by the late Charles Wendelken-Wilson. 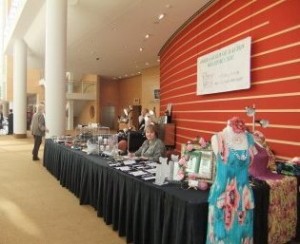